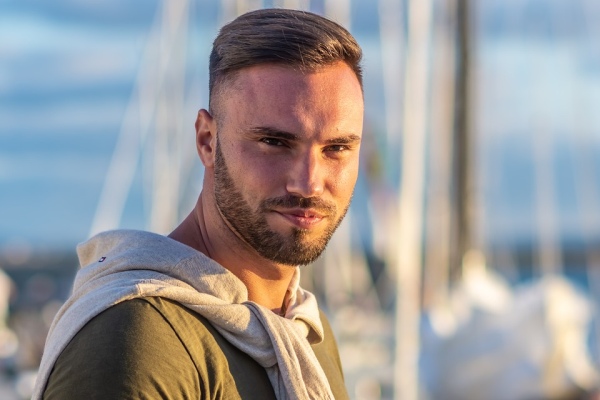 We all wonder about our exes, even if only for a short period of time and how they feel about the break up no matter who initiated it. Are they sad? Mad? Angry? In pain? Happy? Sometimes we wonder if we've had any kind of effect on them, at least that's what it sounds like to me.

A lot of it depends on their personality as well. Do they hide their emotions? Do they cover up what they feel or do they let people see their true selves? That is where astrology and signs can come into play.

For example, you have an Aries man who doesn't like to lose at anything, ever. And to be honest, it doesn't matter who broke up with whom because an Aries will see it as a loss or a failure no matter what. On the other hand, a Libra man will take a while to get over the break-up and not because of the emotional involvement he may have had or invested in the relationship. But because it reveals the negative traits he possesses behind the mask he wears all the time.

He will either make you feel on top of the world and as if nothing could stop the two of you or he will completely reject you as if you have committed a heinous crime. The Scorpio man will not know whether to approach you or ignore you. He will be torn between wanting to do one thing and knowing he should do the other.

They will either try to win you back or teach you a lesson. There is no middle ground for them. If he is confident, he will most likely ignore you. On the other hand, an insecure Scorpio may make you pull out all your hair. It all depends on who ended the relationship, why it ended and if there was closure. If there wasn't closure, he will make sure there is.

You will lose his drive and motivation that once attracted you. He took care of you at questionable times when you thought you would never make it. You won't miss his stalking behaviours and tendencies. It's as if he didn't realise that you knew that when you were together, he followed you everywhere. What scared him the most was deep down, he knew you had freedom of choice to do whatever you wanted and that terrified him.