Ideal partner for the Scorpio man: Attentive and decisive

The perfect soul mate for the Scorpio man is kind and patient with him, allowing him to take the reins of the relationship.... , 2022-07-15 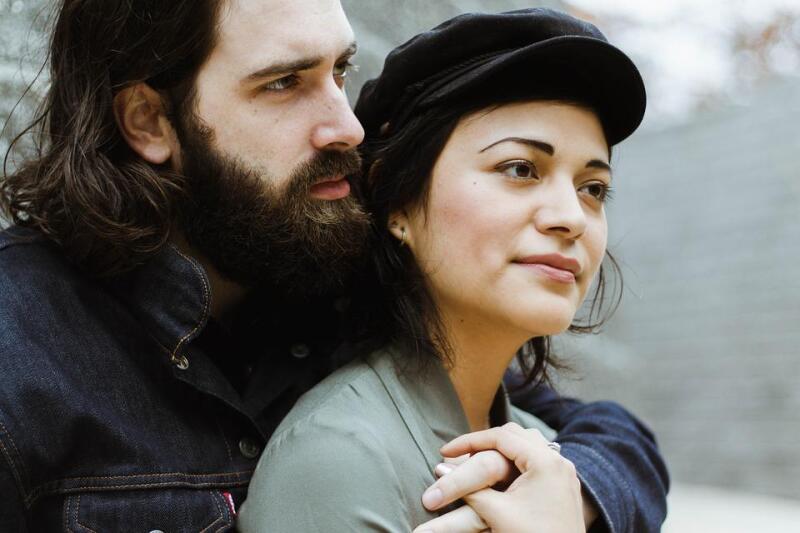 As one of the most passionate, sensual and spiritual people in the zodiac, the Scorpio man loves beauty and is a very skilful lover, not to mention attractive and mysterious.

However, he can also be overly emotional and sometimes weak, although he hides this side of himself very well. Although for some people he remains a mystery and very interesting, they should not fall for his tricks because he can be hurtful and very vindictive.

This is because he always tries to protect himself and have control over any situation, not to mention that he wants his relationships to go exactly the way he wants them to. His ideal lover is of the sign of Capricorn or Virgo.

The Virgo woman may find him irresistible, but this does not mean that she will fall in love with him easily, which means that she will have to work hard for his love. Despite what others may think, Scorpios can be very patient and gentle about it all.

In return, the Virgo lady should consider her man's emotions and trust him. After all, he is only trying to remain a mystery and be as attractive as possible.

Because he is never shallow and never has his head in the clouds, he sees things in black and white, which means that there is no in-between for him. This also means that he is not very flexible and can be difficult to live with.

Being interested in many things, he is also all over the place, trying to earn enough money for a luxurious lifestyle. If you want to find him, look for him in expensive restaurants and designer clothes shops.

The Scorpio man is also a born leader with a great talent for leading people, so he could work as a CEO of large companies. He could also be a mystic or deal with the occult, so an astrologer, a UFO seeker or a detective, anything that involves solving mysteries.

A woman who wants to attract him must be conservatively dressed, because he likes to discover what is underneath her clothes. She must also be intelligent and able to hold an interesting conversation, curious about the world and the universe.

As soon as he meets someone he likes, his interest can be held if he needs to guess what is going to happen next. This is because they have a tendency to get bored easily, which means that they have to keep telling new things all the time.

He appreciates honesty and dislikes people who lie. People should be careful with him because he is vindictive, especially if they betray him. He does not like his lady to flirt with others, not to mention that once he no longer trusts her, nothing can make him change his mind.

Different beneath the surface

Although he may appear cold on the surface, this is only the face he shows to the world. Deep down, the Scorpio man is kind and has many intense feelings. Being a Water sign, he also knows what is in his heart and it is very deep.

However, he does not want to show the whole world how he feels, because his main goal is to be in control of everything, including his own feelings. His love is passionate and very strong.

When he loves someone, he may make many changes to please that person. Once committed, he is loyal and possessive. This is the way he expresses his love. To many he may seem distant and uninterested, but this is only what he shows to others because he does not want to be caught off guard.

The signs most compatible with him are Cancer and Pisces. In the bedroom, he uses all his charisma and magnetism to give pleasure to his partner. Women find it hard to resist him because he is sexy and the most passionate man.

When it comes to his performance in bed, many women can say that he has been the best. This is because he is intuitive and knows how to please. In addition, his mysterious air extends between the sheets as well.

No one is disappointed by his performance. He doesn't mind trying new positions and games, so tempt him with fantasies and games. A woman looking to feel safe with her man should choose him without a second thought.

As a husband or boyfriend, the Scorpio man is like a volcano that can erupt at any moment. He holds on to his own emotions very tightly, not to mention that he can become obsessed with things to the point of never letting go.

Some women may find it difficult to deal with his intensity. On the other hand, they may like his passion and the fact that he never jokes about love. He can make them feel secure like no other man. He is always in tune with his own feelings, even when others do not expect it.

Your wife or girlfriend had better not hide anything from you, because she uses her amazing intuition to discover any secret and to know what everyone else is not telling. When it comes to trusting your partner, it must take some time before you can be sure that they will not cheat or lie to you.

As already mentioned, he may have many obsessions and is a vindictive person, but this does not make him any less supportive, dedicated, passionate and good as a partner. His emotional depth needs to be understood, because he has a tendency to be extremely sensitive and to feel hurt for no reason.

When he is with someone, he remembers everything his partner has done and can become very vindictive if he is betrayed. He is also very tense and dramatic because he often thinks about death and what is the meaning of life. On the other hand, all this gives him his incredible passion.

Your potential with the other zodiac signs

Throughout his life, the Scorpio man may be with many different women. After break-ups, he never regrets anything or has any doubts about how things went. As already mentioned, he is the most compatible with the other two Water signs, which are Pisces and Scorpio.

With Pisces, you can have a very warm relationship in which both partners go with the flow. Since both signs belong to the Water element, there will be no problem for you to understand each other's emotions.

The Pisces woman may go crazy after the intense sexuality of the Scorpio man, while he is intrigued by how deep and intense the Fish woman is. These two can hang together for a long time, which means they are perfect for marriage and a very passionate relationship.

The Scorpio man and the Cancer woman work well together because they have many things in common. They both need to feel secure with their partner, not to mention that they are devoted and loyal, and always do their best to make their relationship work.

He will find her intuitive, inspiring, passionate and fun, which is more or less what she is like, as well as sensitive. She will love his level of commitment and how he does his best to be a good provider for his family.

The Capricorn woman also goes very well with the Scorpio man, but only as long as he does not go overboard with his sensitivity and is more flexible. She should understand that he can become jealous and stubborn.

Leos and Scorpios don't get along very well because they are always clashing, and the Leo needs a lot of other people around them. Also, both signs are too stubborn and are not willing to give in to a fight.

However, they make a great couple in the bedroom. Between the Scorpio man and the Taurus woman a long-term relationship could also happen, but only as long as he tries to be more flexible and make concessions from time to time. She has to be less stubborn to make things work.

With the Aquarius woman, the Scorpio man may not get what he wants as a result of continual quarrelling. Hurtful words would be exchanged, and grudges would also be held for life.