Personality of the Scorpio zodiac woman

The Scorpio woman is very passionate and impulsive. She has a fierce emotional attitude towards everything in life, especially for her man.   She pr... , 2022-07-22 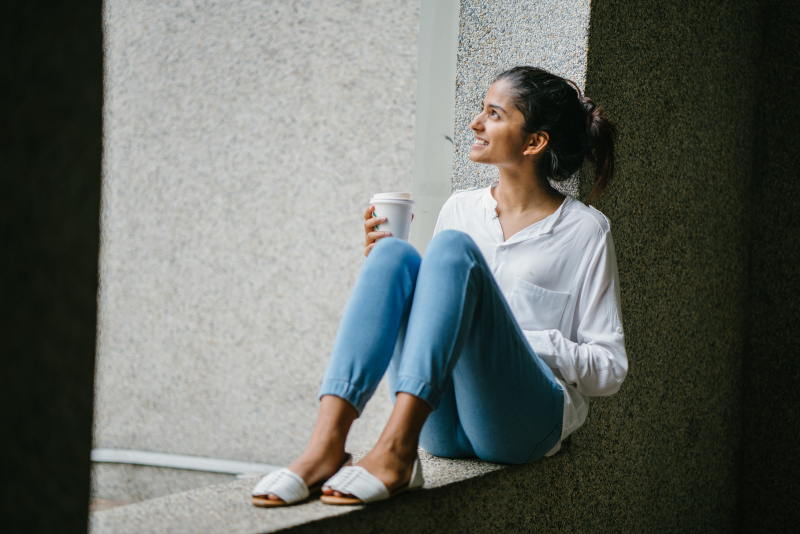 The Scorpio woman is very passionate and impulsive. She has a fierce emotional attitude towards everything in life, especially for her man.

She prefers to have her own small social circle where she is very close to everyone. A Scorpio woman has a natural distrust of her character so she manages to hide from many social situations.

A Scorpio woman is a born leader and a very optimistic personality, but whoever tries to harm her in any way will have to feel her wrath.

A Scorpio woman can be very difficult for anyone she finds untrustworthy or suspicious. She even finds it very difficult to trust again someone who once betrayed her.


Positive attributes of the Scorpio

Scorpios have a number of positive attributes. They are loyal, passionate, ambitious and resourceful.

They are known to be extremely independent and always like to be in control. They don't want to take a back seat to anyone. For example, Hillary Clinton is a Scorpio. So is Whoopi Goldberg.

If you do something kind for a Scorpio, your gesture will be remembered and appreciated.

They are goal-oriented and driven; they are relentless in the pursuit of their dreams. In part, they are motivated by fear of failure.

Negative attributes of the Scorpio

On the negative side, they are jealous, stubborn, manipulative and obsessive. These are not ideal traits for successful relationships.

Never make a mistake with a Scorpio. They can hold a grudge, and they do not forget it. Also, if they feel wronged, they may seek revenge. Scorpios can be a bit vindictive.

It can be difficult to get a reading from Scorpio. Although they are passionate women, they often do not show their emotions.

Scorpio woman in a relationship

The beauty of a Scorpio woman is exceptional, mysterious and totally magnetic. She knows this and is proud of herself.

She will control her desire to dominate and let a man lead a relationship, at least during courtship. She knows how to hypnotise a man and succeeds, most of the time.

Don't expect a Scorpio woman to rush into your arms in front of a thousand people and scream her feelings at the top of her voice. Instead, she will approach you, look at you in a sensual way and whisper the most romantic words in a seductive tone.

If you are not sincere with your feelings, don't even try to approach a Scorpio girl. With those beautiful, piercing eyes of hers, she can read exactly what's on your mind. She can easily understand your true intentions, so don't flirt. It will be like insulting her and I assure you that insulting her is not good for your health. Even when her tone is soothing, her disposition kind and her smile generous, she may be planning the most powerful retaliation.

When a Scorpio woman is insulted or hurt, her fury knows no bounds. She can then become the harshest and most sarcastic person in the world. If she loves with fierce devotion, she hates with devastating malice.

If you are really in love with her, then you need to know more about her. She has a very hypnotic gaze and the moment her eyes meet yours, you will collapse in her deep passion.

Being noticed by a Scorpio woman definitely gives a boost to a man's ego. She needs a man who is stronger than her and weakness in him will not get her sympathy at all.

After she becomes engaged, a Scorpio woman will shower you with all her love and attention. Her whole life will begin to revolve around you and she will be extremely loyal and extremely passionate.

She is passionate about everything that relates to her. It is almost impossible for her to have neutral feelings. She will either cherish them deeply or hate them fiercely. If she experiences neither feeling, she will become completely indifferent.

Scorpio women, however, never let these feelings show. Their expression will always remain neutral, betraying nothing.

Her anger is very bad and it is best to get out of her way when it gets out of hand. Her profile characteristics will make her a storehouse of secrets, but people won't know anything about her.

Determination and willpower are the basic traits of his personality. He can use them at any time to get out of anything that is negative. If she has been able to win the true love of a Scorpio woman, you can be sure that she will never feel lonely again.

She will be totally devoted to you and even if they don't get married for reasons beyond their control, her love for you will not change. She is one of those who believe in the phrase "Till death do us part". Instead of overshadowing her husband, she believes in supporting him.

"Behind every successful man, there is a woman" - this idiom is perfect in the case of the husband who has a Scorpio wife. For her, her husband's future, happiness and dreams are of paramount importance. She will always defend him fiercely in public and will not take kindly to anyone who takes advantage of him. She will always encourage him to reach for the stars, to take courage and never let him turn back from the middle of the road. Scorpio women love their homes and keep them spotless.

Jealousy and possession of the Scorpio woman

Now comes the dangerous part. A Scorpio girl is extremely jealous and fiercely possessive of her loved ones. She is prone to suspicion: so don't give her reason to doubt you.

On the other hand, you will have to control your jealousy, as she will attract many members of the opposite sex. She also dislikes being possessed by anyone, including her partner. In such a scenario, just remember that a Scorpio woman will always be loyal and devoted to you, even in the worst circumstances.

You can find out more about fidelity here: The faithfulness of the Scorpio woman

And then, you know that you can't leave her and that it's better to adapt to such an insignificant thing. Nobody walks away from a Scorpio, do they?

As for money, she will enjoy it whether she keeps it in a piggy bank or splurges on luxuries. She is very conscious of her social standards and will never compromise on status. She likes power and will sacrifice money and many other things for it. She appears to be very practical, but inside she is very emotional. Like all Scorpios, she will not see any point of view in case of her own emotions.

A Scorpio has a sense of justice and fairness. If she doesn't wish you good morning one day after a fight, she will do the same for the next four days. The same goes for generosity as well. If you do one kind deed for her, she will do four in return.