Scorpio man in love: From reserved to very affectionate 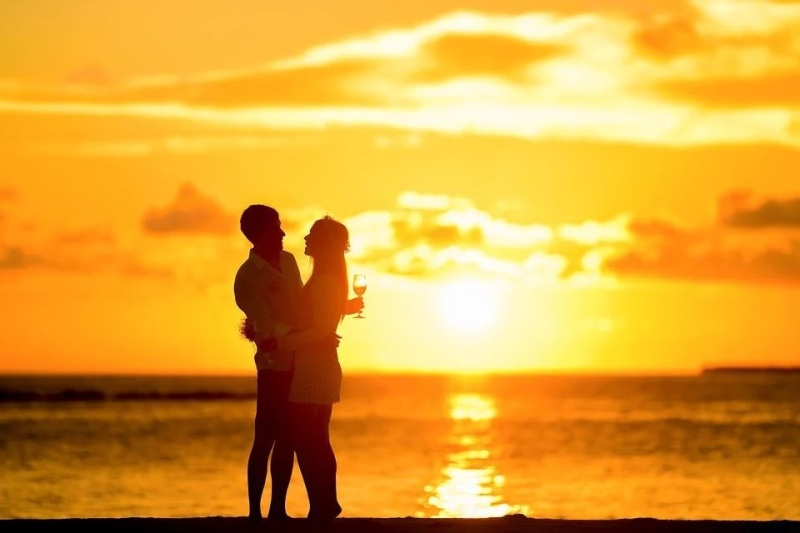 Moody and temperamental, it can be difficult to know what the Scorpio man expects from love. Fortunately, his moodiness doesn't last long. Nothing provokes him more than something that threatens what he believes is rightfully his. This man can forgive, but he will definitely never forget.

Very protective of those he loves, he feels it is his duty to keep others safe. You can tell if a Scorpio man cares about you by the way he stands up for you to others. He is one of the most loyal friends in the zodiac.

When in a relationship

The Scorpio man in love is very attached to the partner he is with. Sometimes he may even get too close. He would not settle for someone just to be in a relationship, he wants "that" person, the one who can understand him.

It is emotionally charged and it is rare for someone to change their opinion about the person they love. Only if that person does something that disappoints them will they turn all the love they have into hatred and eventually leave the relationship.

Everything about him and the love he carries will be intense. In addition, he will try to hide all his emotions as much as possible. You don't want your partner to see how vulnerable you can be.

But he cannot find a more supportive, loyal and skilful lover. When he loves, he closes his heart to avoid being hurt. This may be annoying to some women, but he will hide it very well.

The fact that he becomes vengeful is due to something else, and that is that he loves deeply and when he is hurt, he simply cannot forget what he has been put through. He lives very intensely, and every failure or disappointment is a fatality for him.

Passionate and sensitive, the Scorpio man will not show his true self to others. He wants someone he can love, and he loves her very much. His wife will be the prize of his life and the source of his pride.

For a relationship with him to last, this man needs passion and stability. He will try anything - even in the bedroom - to make it work, and he will be faithful to the end.

If you manage to romance him, and are able to withstand his mood swings and controlling attitude, he will treat you like royalty.

The woman in need

Unafraid of a classy and confident woman, the Scorpio man won't mind if the woman he likes has a bigger house or makes more money than he does.

In fact, she will only be attracted to his independence and that he does not need a man to stabilise his life. Many women will appreciate him because he treats them equally and accepts their power. Other men would be jealous of his success, try to be better or feel insecure in his presence.

Another thing that women like about the Scorpio man is that he can talk about deep things and topics in life that would interest anyone. He is always calm and cool, and never gets angry no matter how sensitive the subject.

His girl will need to talk to him about anything, and he will want to keep the relationship going for a long time. When this man finds a girl he really likes, he will do everything in his power to keep her close and interested.

How to understand your Scorpio man

If you want to understand a Scorpio man, you have to look into his soul first. He is sensitive and emotional, and needs a partner who will be patient with him.

He is most compatible with other Water signs, and also with Earth signs. Sensual, you would think this guy would be ready to jump into bed with a beautiful woman as soon as he meets her, but that is not the case. He has to be interested in a relationship before he commits himself.

The woman he chooses has to be someone special, and capable of making him feel interested for more than one night.

He is looking for the love of his life, so if you are not the one who fulfils his dreams, be prepared for him to leave you. Once he has found the one for him, he will never stop giving you his undivided attention and love.

Although he will do anything for this lady, he can still be cold and reserved when it comes to emotions. The connection he has with Pluto, who is the ruler of the Underworld, is strong in Scorpio, which makes him more aloof and serene.

Therefore, he has a more practical side which he often uses to analyse his life experiences. This man will never show his sensitivity. He will always wear a hard, tough mask that hides all his true feelings.

And deep down he is emotional and strongly attached to the woman he has decided to be partnered with. Possessive and very intense with his feelings, many ladies will think that the Scorpio is too controlling. But that's just the way he is. And he takes love very seriously, for he does not want to lose his most prized possession, which is his lover.

Magnetic and charming, you will be aware of this guy's presence as soon as you arrive at his house or when he has walked through the door. He is always serene on the outside, but has great passions inside. He lives intensely even if he doesn't like to show it.

Women are often immediately attracted to him. He is a very good lover, and likes adventure in the bedroom. Romantic, the Scorpio man will never show this side of himself to others. However, with his partner he will be very open.

He does not like secretive people, but keeps his secrets well hidden. If he is in love with you, he will want to know all your memories and how you felt in other relationships. He has this curiosity and wants to know people better than he knows himself.

Before you decide whether you should be friends with someone, study that person carefully to see if he is worth it. If you have no respect, you will never befriend a person.

Going out with him

You will love dating the Scorpio man. He treats his dates like royalty. He likes to see that his partner is compassionate and wants to be protected by him.

This man is somewhat traditional in his manners and in the way he loves. For example, he will give you his jacket if you are cold and bring you flowers.

But if you say something that hurts him, he will certainly take your jacket off without any remorse. He is not very talkative when out on a date, and will not make any changes or decisions until he has carefully considered every detail.

He knows a lot of romantic places, so be prepared to be impressed by anything. You could go to a special place on the beach, or to a club that holds parties where people wear masks.

How he acts on the first date depends largely on how his previous relationship went. In general, he is open and honest. But if he has been hurt, you won't get through to him so easily.

The negative side of the Scorpio man

Being human, the Scorpio man also has his weaknesses. One of them is that he can be too controlling. He gets jealous and wants his woman to be loyal and come to bed early.

While some women enjoy this attitude in their man, others can't stand it and need to tame their Scorpio man. Another of his flaws is his moods. He can change his feelings from one day to the next. For example, today he may be passionate and interested, and tomorrow he may change to cold and indifferent.

Romantic and affectionate, he only acts this way because he is trying to hide who he really is. However, if you can put up with his mood swings, you will find that he is someone you could spend a lot of time with and not get bored. You won't find his kind of love in other signs.

Ruled by Mars and Pluto, the Scorpio is sexual and passionate, as these two are the planets of sexuality and instincts. Aries is somewhat similar to Scorpio when it comes to sexuality, the only difference being that Scorpio is a feminine sign, so it associates sex with emotion and love.

This guy can be a passionate lover or a complete pervert who will drive away any partner. It's hard to tell with him. It all depends on how restrained and inhibited he is. It can be difficult to understand his sexual fantasies, and sometimes he wants things that few people would be willing to try.