The wrath of Scorpio: The dark side of the Scorpio sign

Scorpios get totally annoyed at being criticised and pushed into a corner by people who are no better than they are.... , 2022-07-15 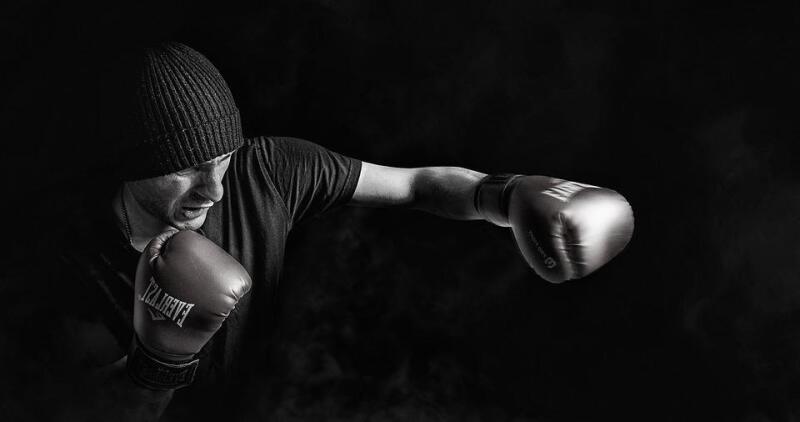 Although their anger is known to last a long time, they do not like aggressive people. These natives are mysterious, cunning, manipulative, violent and vengeful.

Scorpio's anger in a nutshell:

They get angry about: Being cheated or lied to;

Reconcile: Give them space to calm down.

Conspiring against the enemy

Scorpios live for revenge and enjoy seeing others suffer, as this makes them feel good. It may seem that they are evil and always think evil, but this is not the case.

It is rather that their intense feelings are aimed at exacting revenge. These people think highly of themselves and believe that no one can come close to their level.

If someone hurts them or does something bad to them, they start to become dominant. In fact, most of the time they seek revenge, without trying to cause pain.

When they get angry, Scorpios begin to express themselves through body language. They don't say they are upset because they respect themselves too much to appear weak.

Instead, they speak with their eyes and other discreet signs. It would not be a good idea to appeal to their evil side because they simply live for revenge.

These natives are all the time plotting against their enemies, not to mention that they cannot allow themselves to be deceived.

When they are silent, others must be worried because in their heads they are thinking of ways to take revenge on those who have wronged them.

If someone notices that you are angry, you need to give them some space to relax.

If they are in the mood, they can approach the one they consider their enemy and start chatting.

Things can never be safe with them, because they seem too passive to make a move.

Therefore, they should be allowed to address others at their own pace, if that is what they have chosen to do. The more you push Scorpios, the angrier they get.

Scorpios are easy to anger because they are always seeking revenge. You should pay attention to these natives, as you can't tell when they will hit someone.

Selfish, they don't like it when someone says they're just shallow posh.

They also see themselves as gods, so if a person tells them that they are mediocre, they may get very angry.

Because they have psychic abilities, it is almost impossible to lie to them. They are manipulative enough to get lost in their own web of lies, through their own fault.

Those who are foolish enough to make them angry should be very careful. They can make others feel terrible with a simple look, not to mention highlight people's insecurities, to be used when needed.

Their loved ones know in their heart of hearts that Scorpios do not forgive, no matter what they have done. Their anger is painful and unstoppable.

Scorpio-born people can't stand many things, including having their picture taken without their permission, especially if that picture is uploaded to social media and doesn't get likes.

Another thing that can make them angry is if they do something wrong and force them to regret it or say that nothing matters that much.

For example, they would not be able to stand having to say that their dinner is good when in fact the dinner is not cooked properly.

When someone promises to do something and nothing happens, they also get very angry.

In addition, they cannot stand being told how to drive. Their loved ones should not try to get compliments from them because they can get very angry when this happens.

In short, everything and everyone that is against their basic Scorpio traits is also against these people.

For example, they become irritated when they are left as second choice, when dealing with people they cannot trust, when their ideas are not taken into account, when their manipulative moves are questioned or when they are confronted.

While Scorpio-born people are usually serene, they can hold grudges for a long time.

They are always ready to face any challenge, so it would be wise not to make them angry. These individuals cannot forget what made them angry.

The fact is that their anger is not noticeable because they never say what has made them angry, let alone how much they can insult someone when they don't like something or someone.

Moreover, they can start offending people out of nowhere. However, they are not sadistic and therefore think about how they can cause pain.

Only when they are hurt and contradicted, they can abruptly silence their opponents without explanation, as if they no longer know the person who has dared to cross them.

They may be thirsty for revenge for a long time and plot against those they believe have wronged them, also for years.

As the planet of War, which is Mars, also rules them most of the time, they cannot forget or afford not to destroy.

Being a masculine and fixed sign, they rely on their own strength and know what they can do. The more vengeful ones have no human feelings and will simply hurt anyone.

Their favourite form of revenge is psychological. Knowing how to torment their opponents, they can destroy those who oppose them, bit by bit.

Mind games are their favourite because they play them gradually and make people doubt their sanity.

Possessing a magnetism that is unappreciated in others, Scorpio individuals can use their elegance and charm to make everyone believe what they lie.

They can invent riddles and leave different clues that cannot be understood by anyone.

At first, others may think them odd, but in reality, it's just their vindictiveness that gets the better of them, usually until it's too late to do anything about it.

In case they do not have the opportunity to play the mind games they like, they may start stinging people with their invisible tail, poisoning them and sabotaging their reputation until these individuals no longer believe in themselves.

However, they can be "calmed down" with expensive gifts, even money or a good job.

Those who have wronged them should invite these natives to parties and offer them the opportunity to meet the people they would need to move up the social ladder.

They should not be expected to forgive, but at least their punishment can be less severe. In fact, Scorpios can never forgive or forget.

Making peace with them

Scorpios tend to be emotionally distant when they are in a bad mood. They may get angry for no reason.

If stressed, they can become traitors who are only interested in conspiracies. These individuals are the ones who stab others in the back and generate intrigue.

All they need are the fantasies of their perceived enemies and it is good for them to consider the situation in terms of what they might do to retaliate.

Seeing that they want to take revenge, others should say something about their original forms of revenge, because they are sure to love it. If they are angry, Scorpios need to be helped to relax.

Those who love them must make these natives trust them when it comes to their troublesome affairs.

The coolness of Scorpio-borns is a method by which they get rid of the anger they have accumulated over time.