The Capricorn man in marriage: What kind of husband is he?

The Capricorn man is the hard-working and dedicated husband, a little too strict and too serious, but nevertheless charming and soft.... , 2022-08-17 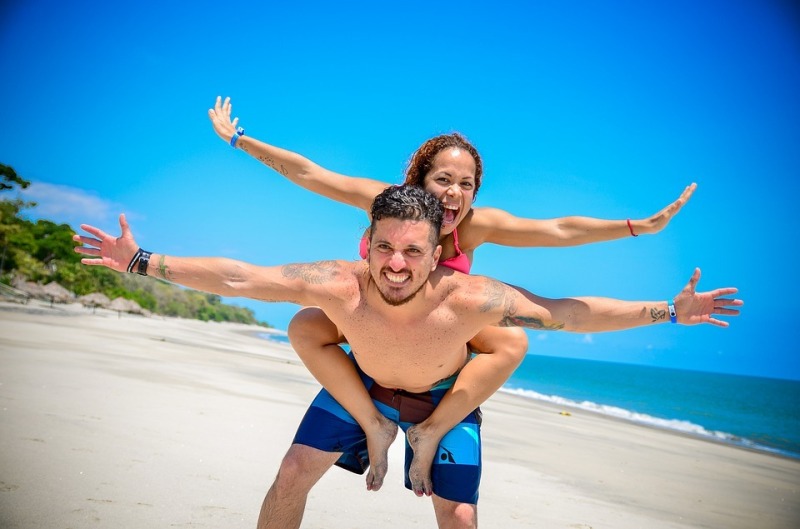 The Capricorn man places great value on many things in life, but what matters most to him is his career, his social position and the respect he receives. Therefore, when he decides to marry a woman, he will probably do so for practical reasons and not necessarily out of great love.

Perhaps he thinks that the empire he has built should be left in someone else's hands and that any respectable man should marry when his career has begun to flourish.

The Capricorn man as a husband, in a nutshell:

Challenges: Not very romantic or emotional;

You will love: Achieving life goals with your spouse;

Needs to learn: To be more openly affectionate.

Regardless of why he marries, he will always be the traditional husband who brings home the good money and plays the alpha male in the house.

Is a Capricorn man a good husband?

If you think of marriage as something that will help you to have a better status in society or make you richer, then you need a partner who is capable of earning a lot of money and who likes to socialise.

Therefore, the Capricorn husband can be just the person you have always hoped for. He is reliable, one of the hardest workers in the zodiac and the best provider for his family.

However, in exchange for giving you everything you need, he may ask you not to wait for him at home every night, because he is very focused on his career and may sometimes give it more importance than his marriage.

If you are looking for a romantic and cuddly man, you might want to reconsider your relationship with the Capricorn man, because he is not this type at all. He is also not emotional and probably doesn't like grand gestures of affection.

He shows his real and deep love for you by doing something and supporting you.

Don't make the mistake of thinking that if other men in your life have been indecisive about commitment, the Capricorn is the same.

In fact, you should not worry about him in this regard, because he is very serious about his relationships, and has no problem being committed and faithful.

In case he is your husband or you only live together, be very prudent in your time management. He loves to have everything in order and run after the clock, not to mention how much he plans for the future and hates it when anyone or anything interferes.

You consider it a successful day if you have achieved something towards the goals you strive for in life.

The Capricorn man is a very responsible husband, so you can trust him to fulfil his domestic duties and take good care of you and your children.

He is very practical and knows how to handle worldly affairs better than others, not to mention his talent for handling money.

However, don't expect him to be cheerful all the time because, being so conscientious, he may never stop worrying about what needs to be done next and may take on more than he can handle.

He is not a man who has a smile on his face all the time, because he is too serious, worried and pessimistic, and looks much older and more mature than he really is. As he can get depressed from time to time, he needs to be with a woman who is always optimistic and does not mind making him feel happier when he is really sad.

In astrology, Capricorn men are considered heroes when it comes to being fathers and good husbands. Something that only a few know about them is that they can also have a dark side related to this.

Being ruled by the planet Saturn, which governs challenges and suppression of feelings, the Capricorn man is someone completely different behind the strong, masculine persona that women are usually immediately enamoured of.

In fact, he is a tormented soul with many fetishes and even a double life that no one knows about. However, many of those who are now happy husbands and proud fathers have managed to deal with these problems or probably didn't have them to begin with.

Those who did should feel free to do as they please as far as family matters are concerned after they have settled down. Those who are still guilty may be confused and only ask women who do not take them seriously to marry them.

Moreover, they can be dutiful, traditional and build the perfect family for themselves, after which they can get very dirty in life.

The Capricorn man as a husband

Although very happy with a family life, the Capricorn man is not intellectually satisfied with being married.

He tends to accept marriage out of selfishness and for some personal reasons, and he can be a very good husband, as he has many ambitions and tends to excel in his work, thus being able to offer his wife everything she needs.

Having a stable nature, he dislikes change. When involved in a relationship, it is completely devoted to its other half and is appreciated for the protection and care it offers.

This man is one of the best providers in the western zodiac. However, he doesn't let his wife move too much. Even when they are filthy rich, he will ask her to justify every penny she spends. Not only is he determined to succeed, he is patient, idealistic and focused.

At home, he can be a dictator who does not want to spend too much money. There will be times when no one will be able to reason with him, because he is a tyrant who only wants things done his way, no matter that this means doing what others don't want.

In love, the Capricorn man can be obsessed with discipline and order. When it comes to expressing his feelings and being generous, he is rather on the negative side of these things.

Although he says he needs to be alone, he secretly longs for others to accept and admire him. He is not a very emotional fellow because he believes that feelings would only embarrass him and his wife, but he still manages to make the atmosphere around him more pleasant.

He is passionate for short periods of time, but in a very intense way. Everything wrong with him can be changed by a woman who has enough wisdom and patience to take this man in her stride.

Known for his pragmatism and dedication to hard work, he tends to attract women who want to depend on him. However, he prefers a woman who can sometimes take matters into her own hands and rule without asking for advice.

In other words, he wants his wife or girlfriend to be his equal if he is to respect that relationship. If not, he will start to have a conceited attitude and feel superior not only to his other half, but also to everyone else.

Capricorn-born men want a partner who is as intelligent and professionally accomplished as they are. They are unlikely to look for a loving and cuddly woman, because they never have time for such things.

On the contrary, they would feel perfect with someone who has a schedule and can adapt to theirs effortlessly. Being the sole provider, Capricorn men may feel fulfilled with themselves, but not with the relationship with the person who constantly asks them for money, a situation which will most likely end sooner rather than later.

It is not that they have a problem with commitment, but that they sometimes do it too soon. It is not uncommon for the Capricorn man to get married and then meet his soul mate. Being at this crossroads can be difficult for him, but most of the time he is too faithful not to be convinced that the woman he has married is right for him.

This can also happen with women of the same sign, but it is not as likely. The point is that if someone more interesting than your wife or husband appears after you get married, this may be an indication that your marriage is probably having some difficulties which, after being fixed, may bring things back to normal.

Capricorn men want to stay with the same woman all their lives and are very family oriented, making them traditional fathers who inspire their children to succeed.

As those on whom everyone can depend, they tend to work very hard to make their loved ones happy.

They may have to be less serious and more affectionate with their children, but at least the little ones will learn what determination and hard work mean from a very early age. Besides, Capricorn men will always be seen as the most authoritative figures in the eyes of their children.