9 key things to know before dating a Scorpio

Keep these Scorpio dating tips in mind so you can make the most of your dates with this individualistic sign.... , 2022-07-18 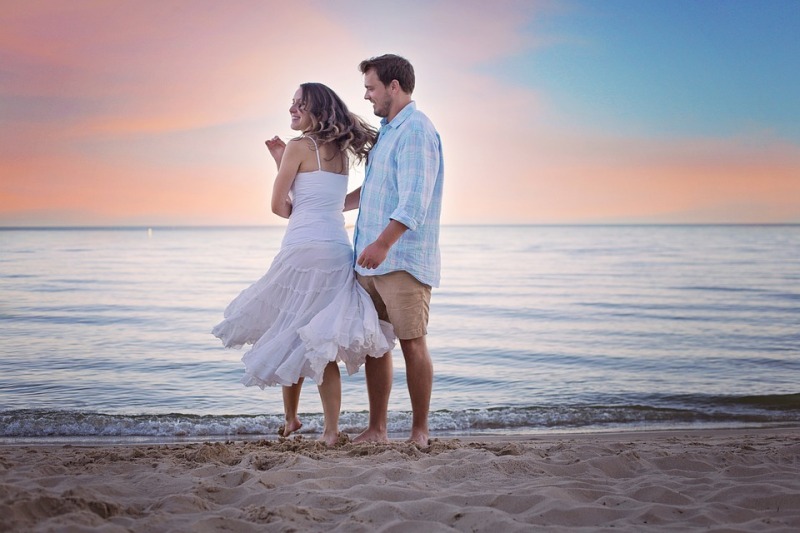 Scorpios are very mysterious and elusive, both in social events and in love affairs. Most of the time they act on impulse or out of some unknown sense of action that moves them forward, but it is nevertheless true that they are very emotional and affectionate.

They may not be so easy to understand, but if someone shows enough interest in them to come to that conclusion, things will eventually get better.

When the show is on, things are likely to get a lot hotter and more dynamic than before - yes, you get the idea.

Seductive and very intuitive in their approach, letting them have their way is the best method to reach Nirvana without all the boring meditation and abstinence.

Therefore, compatibility is very important when it comes to relationships with Scorpio. Because they are so complicated and unique in their attitudes and methods, being on the wrong side of the Zodiac could lead to disaster, total and irreversible disaster.

It is best to consider these things before committing to a decision.

2. They will play hard to get

Being attractive and mysterious is, who would have thought, sometimes a curse rather than a blessing. Every woman within a 100-metre radius swarms around these natives like bees flock to a brightly coloured flower.

Scorpios exude too much charm and style, and no one can resist their natural calling. That is why most of them tend to be a little more aloof, in general, towards any woman who approaches them. It's not snobbery or self-centredness, but simple adaptability.

In addition, Scorpios can also be very emotional and attached in an intimate relationship.

While you shouldn't expect him to write you a love song and play it on the radio, or profess his love from the Empire State Building, it's pretty obvious that he loves you.

Letting actions speak louder than words, Scorpios know very well how to satisfy and please their partner, as nothing is left to be desired.

3. They are afraid of being harmed

Natives like them are destined to end up in the dregs, wounded and disappointed, if they give their hearts to the first comer.

This is something they know very well, which is why trust and devotion are the two most important elements they look for in someone.

For fear of ending badly, Scorpio women will keep their distance or be indifferent to people who begin to know them, at least at first, until something warms their attitude and makes them behave differently.

4. Their natural reflex is to itch

As the name suggests, a Scorpio's innate instincts are automatically triggered when a threat is detected that could harm them in some way.

Their vengeance, when used, is harsher and more dangerous than any weapon, and they can incubate it for a long time.

These Scorpios are pretty devious, but then again, whose fault was it that they had to resort to such underhanded tactics? They didn't start it, but they will finish it.

Likewise, these natives fight fiercely and with reckless abandon for their loved ones.

Willing to shoot down anyone who might have ill intentions towards their partners, they are one of the most reliable and straightforward individuals in the Zodiac.

5. They are a bit of a control freak

Scorpio men enjoy the feeling of being in a position of leadership, and whether professionally or romantically, they will always seek to reach it at any cost, using any means.

Being the decision-maker gives them power and is quite a nice feeling, knowing that whatever needs to be done will be done according to their will. But this also has some disadvantages.

While it is true that the level of self-confidence is always high, conflicts can arise when another bossy individual enters the scene. And even then, through persuasion and deception, they manage to come out on top.

Very determined and ambitious individuals, Scorpios would rather die than give up something they care deeply about.

Using anything at their disposal and unleashing superhuman levels of stamina and courage, these natives are ready and able to achieve almost anything.

Don't challenge them because you have no idea what kind of ammunition they could bring to the table - there may be things you haven't even thought of. Their creativity and observational spirit are amazing, so they will use this to your advantage.

6. They are not the type to have any regrets

Having a very enthusiastic and systematic personality, most Scorpio natives tend to be very open and excited about their past misgivings.

All the things they have done, good or bad, are definitely worthwhile experiences that define their very being.

Obviously some things are bound to be embarrassing or shameful, but a Scorpio doesn't mind and sees it as a formative event, something that was bound to happen.

Therefore, trying to criticise or make fun of what they went through would only end up angering and disappointing them, so they would be inclined to put the past behind them.

7. They have a great sense of humour

Great company in any context, Scorpios are what some might call the life of a party, as they can easily transform a somber and serious atmosphere into a lively and relaxed one.

And they achieve this by using such a wry, down-to-earth sense of humour that many people might feel annoyed or insulted by it.

Still, most of the time everyone ends up rolling on the floor with laughter at best, and laughing out loud or with a smile if the jokes are too much.

Like anyone else, Scorpios also have dark secrets that are best kept hidden.

Dramatic situations or certain conflicting events have had such an impact on them that even trying to remember them is painful, let alone sharing them with another person.

There will be things they will never tell you, regardless of the approaches used.

If, for some reason, a Scorpio decides that their partner is trustworthy enough to take responsibility, they will take the risk and reveal those hidden secrets.

However, it is not so easy to do so, showing a vulnerability, given their strong self-confidence.

9. They need their space

One thing all Scorpios hate is not having private space and personal freedom. If their partner does not respect some boundaries and crosses a certain limit, they will not react kindly, far from it.

On the other hand, what may happen will not be a joyous occasion for either of you. Feeling locked in a cage is one of the most unpleasant feelings in the world, and you might even become claustrophobic if things are taken to the extreme.

It is natural for them to want time alone, and it would be best if people understood that.

Moreover, this need for independence manifests itself on more than one level. For example, when they say something, they do not take it back, ever.

Decisions and promises are made to be honoured, and if that is not possible, they are honoured.