The Aquarius man in a relationship: Understanding him and keeping him in love

The Aquarius man is loyal and loving, but you will have a hard time convincing him to take the next step and commit to a family.... , 2022-08-17 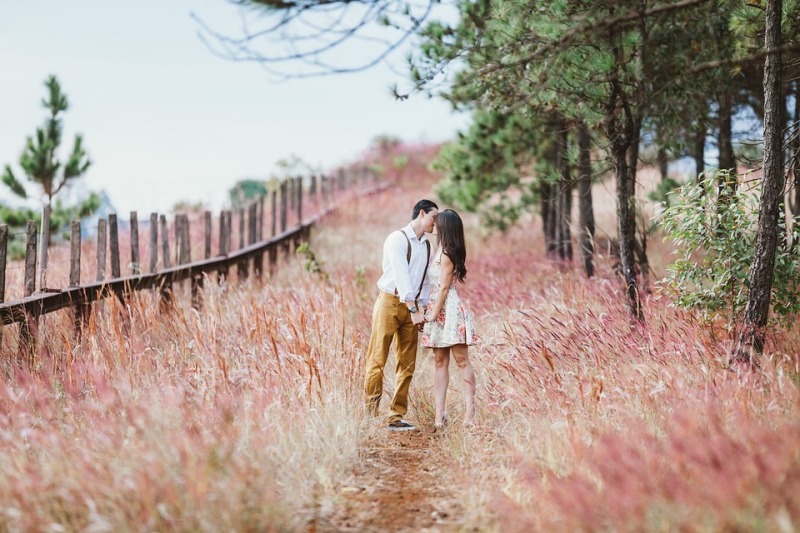 The Aquarius man is a rather difficult individual to deal with in a relationship because of his natural sensitivity. They do not turn the tables on you so easily, but they do have a tendency to perceive offensive attacks in many innocent remarks.

- He is kind and wants to be at his partner's side.

- Once truly committed, he is completely faithful.

- It will make your partner feel comfortable and at ease.

- He will take his time to show his true feelings.

- It puts a bit of a price tag on your emotions.

- Can become aggressive when ignored.

He does not believe that anyone has the privilege of knowing him more deeply, which is why he is so distant and detached. You just have to set certain boundaries and expectations from the beginning to get on the right track with him.

This guy has a lot of feelings that he wants to express, so that his lover realises how much he loves her, but this is something he does not do often. It is also the fact that he tends to be rather aloof and does not attach importance to emotions in general.

The Aquarius man may never want to seal the deal and marry his partner because he wants to live a free life, independent of any serious commitment.

Even moving in with her would pose problems for him if he is at a young age when he wants to fulfil his desires first. He thinks it is better for both of them, that it would only bring good things in the future.

But for a sensitive, caring woman who wants that sense of belonging, it is a bitter feeling. However, he is very responsible and compassionate, and never stoops so low as to cheat or be a jerk.

He is devoted, loyal and wants to maintain a friendly relationship with someone even after a break-up.

He is an excitable native who does not want to live his life controlled by rules he does not understand or want to follow. Therefore, they will often rebel against the status quo, make their own rules and live life as they see fit.

So whatever he wants to do, he will do it without asking anyone's permission. He is full of fresh ideas and energy to try new things, to experiment with the world.

However, the Aquarius man quickly gets bored with new activities, and this is his undoing, personally and romantically. He needs stimulation to keep him interested.

Besides being mutable and unpredictable in his emotional balance, going from joy to sadness in a split second, the Aquarius man will not easily accept being tied to someone permanently.

It will take a lot of convincing and seduction for him to ask for your hand in marriage. He will always care for you and put you at the centre of his attention even before he thinks of going further. Once he makes the decision, know that it is a lifelong commitment.

As for his relationships, at first there will be none of long duration. Rather, the Aquarian man will engage in many one-night stands, just for fun, physical attraction and the satisfaction of some pleasures.

Once he is in tune with his feelings and takes note of the depth of his emotions, he will start thinking about going further, about finding the ideal woman to settle down with.

In the meantime, he may also have started working as a volunteer, spreading the truth he has discovered.

He is a visionary who is always hatching plans and ideas for the future, trying to bring about a revolution, a world-changing discovery.

This makes it difficult for you to concentrate on current events. In addition, you may be impulsive and not pay enough attention to your feelings, so you often get involved in toxic or incompatible relationships that only waste your time.

His master plan is not delayed and the last thing he wants is to be destroyed by the wrong partner.

So when he commits to a relationship wholeheartedly, you can be sure that it is a firm decision on his part, something he has thought about for a long time.

The only problem in getting an Aquarius man is knowing how to keep him, because getting to know him is not too difficult. These natives are very sociable and communicative in the first place, going where the fun is rocking the streets.

You'll have to up your fun factor, those kinky pranks and you'll definitely have to act smart.

He likes that very much, a partner who is intellectually equal to him, who can equally stand up to him in conversation. He always brings new ideas to liven things up, to arouse their interest, even in a relationship.

Know that once he has made the decision to be with you, to commit to a long-term relationship, he will include you in his future plans - that's how serious and committed he is.

Accompany him whenever he wants to change the routine, to do something new. This will stimulate him a lot. Besides, you should know that he is a very rational and sceptical individual.

The traditional concepts of marriage, soul mate or life partner don't make any sense, even to the Aquarius man in love. So don't expect him to be so romantic or idealistic in these respects.

If you try to tie him to these rules that he cannot understand or accept, it will lead to disaster. He will feel unhappy, dissatisfied and ultimately prone to break off the relationship after a while.

He will never be possessive or jealous because he understands the meaning of freedom and independence. However, in the same sense, he will be very easy to live with because he is very understanding and does not make many demands.

He does his thing, you do yours, and even when you do something together, he's going to accept failures, mistakes, and so on.