Aquarius man in love: 10 ways to tell if he likes you and what he's like in love 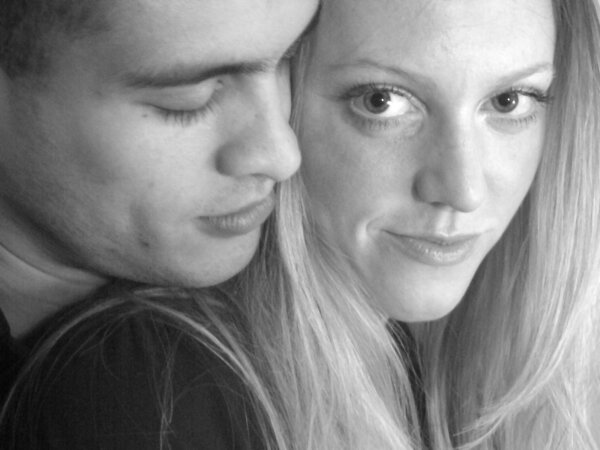 First... some characteristics of the Aquarian

An Aquarian man is highly creative, analytical and intelligent. The Aquarian is friendly, easy to be with and easy to befriend.

An Aquarius man is always curious about how other people and things work. They take everything as a mental challenge.

An Aquarius man is also a very compassionate
man who has a great sense of humour and empathy for other beings. He is very likeable among his peers because of his qualities.

An Aquarius man also has a mind of his own. He does not like to obey rules made by others and often makes his own rules. He always looks different from the crowd and likes to do what his heart says.

An Aquarius man has a carefree attitude and also seems quite spontaneous and bold.

An Aquarius man takes life as an adventure. He often has fleeting interests in anything exciting. He also gets bored quite easily and is always looking for something new.

He shows a similar attitude in his personal relationships and this can create many problems.

The Aquarius man is commitment phobic.

The Aquarius
man has a big problem committing to someone. It is difficult to identify him with only one woman, as he loses interest quickly. He is always looking for new faces.

An Aquarius man loves new experiences and it fascinates him. Any woman in a relationship with the Aquarius man is always on a roller coaster as there can be frequent fights, exciting adventures, new friends and a large social circle.

Emotionally too, an Aquarius man can take his woman through an emotional upheaval. She may feel that she is the centre of his universe one moment and the next moment, she may not be so sure. For no apparent reason, he could lose interest in his wife and this could hurt her very much.

His mood swings are also very difficult to understand, as he could be very happy one day and very sad and depressed the next.

It is very difficult to win her heart completely, but if you manage to do so, then she will be loyal and faithful.

The following are some 10 behavioural signs that tell you that an Aquarius man is in love.

If you want more information about the Aquarian's fidelity I suggest you read: Is the Aquarian man faithful?

Signs that indicate an Aquarius man in love


1. An Aquarius man in love can be funny.

An Aquarius man is unable to communicate his feelings easily. He will try to show his love in an exciting and fun way.

2. A man in love with Aquarius will try to talk to you more.

Intellectual conversations, witty humour and fun are more his forte. He is not a typical conventional guy and will not find it easy to express his feelings for you. On the contrary, he will talk to you a lot and about everything.

3. A man in love with Aquarius will plan adventurous trips.

A man in love with Aquarius might not do the routine movie style of proposing his love to his lady. He may not take her to romantic movies or candlelight dinners. But he will plan trips to exotic destinations with you. He will plan fun and adventurous trips with you. He will be your best friend. For him, love is about having fun together - he'd give his life for you too, but without the added drama!

4. An Aquarius man in love will take care of his finances.

No matter how much in love he is with you, he is a smart investor and not at all a spendthrift. He always keeps track of his finances and may be offended when you refuse to buy him that expensive ring. But that doesn't mean he doesn't love you. He invests wisely and with him you can always be sure of financial security.

5. You need patience to know if he loves you

An Aquarius man will never reveal his feelings for you right away. You have to be with him for a long time and gain his complete trust for him to reveal his true love for you. A man in love with Aquarius will never show his true feelings easily.

6. An Aquarius man in love will be sensitive and caring.

An Aquarius man is usually cold and emotionally distant. He has many acquaintances, but very few really close friends. He does not reveal his true feelings for anyone easily. But when he is in love, he can be a very sensitive and caring man. If your Aquarius man begins to show real concern for you and your likes and dislikes, it could mean that he is in love with you.

7. An Aquarius man expresses himself best in writing

If your Aquarius man sends you a lot of texts, messages, emails or letters that reveal his feelings, then it is a sure sign that he is in love with you. An Aquarius man finds it difficult to express his feelings verbally, but he can do it very well in writing.

8. An Aquarius man in love is vulnerable

An Aquarius man appears quite strong and in complete control of himself. But if he is in love with you, he may appear very vulnerable.

9. The flirtatious Aquarius man will spend more time with you.

An Aquarius man is naturally flirtatious and, therefore, it is sometimes difficult to tell whether the attention he is exerting on you is simply due to his occasional
flirtatious behaviour or whether his feelings are genuine. You have to observe him yourself and analyse him after a long time of being with him.

He will invite you everywhere, wants to go out with you often and spend as much time with you as possible. This could be a sign that he is in love with you.

10. An Aquarius man in love will let you into his thoughts.

If an Aquarius man is in love with you, he will open up to you and start sharing his deepest thoughts and parts of his life that he has never done before. He might even cry in front of you, which is a rarity for an Aquarius man. This shows that he has real feelings for you and that he is in love.

You can read more about this topic here: How to conquer an Aquarius man

Relationship with an Aquarius man

Compatibility with an Aquarius man is not very easy and he is a difficult person to be in a relationship with.

He is very vulnerable to problems with respect and takes everything said in a very personal way. He will not show that he is hurt, but will feel detached and cold if he feels that someone is disrespecting him.

The Sun is a detriment in his horoscope, which makes him a difficult person to understand. In order to have a friendly compatibility with him, it is
often suggested to his lady to match his horoscope with hers before getting engaged.

His mood swings and his inability to explain himself properly can hurt his wife a lot and make the relationship difficult for her.

If he is having a relationship with a woman who also has a strong personality, then their compatibility can be very difficult. You both need to discuss and agree to some clear terms of communication in your relationship if you want to continue happily.

For more information read: 10 things you should know about the Aquarius in your life.


The Aquarius man and sex

He has very strange views on sex too. He has a great sexual appetite, but the Aquarius man can go without sex for months as well. That is because of his very strong mind and the strength of his convictions. He will not even make a move towards the perfect woman next to him if it is not right in his mind and he will conclude that she will wait for him if she really loves him.

His sexual behaviour is difficult to understand and very confusing to his beloved. He can have sex almost anywhere and wants his mistress to follow him anywhere as well. Although he is not emotional at all, he needs to connect sexually with his wife before having sex.

He likes to change partners to satisfy his sexual appetite if he is not in a serious relationship. He is not even ashamed to express his sexuality.

We have a complete article on this subject which you can read here: Making Love to an Aquarius Man

Other characteristics of the Aquarius man to keep in mind

Although an Aquarius man can be trusted unconditionally, he is also very unapproachable. This frustrates most of his friends and they begin to develop a distrustful attitude towards the relationship.

He is very open and frank about his whims and fancies and would not lie about them. He would only hide them from his lady if he already has problems in his relationship.
He is
also a very principled man, very idealistic and believes strongly in living his life the way he thinks is right. He has a wealth of talent. He often wishes to rid the world of its prejudices and superficial behaviour.

An Aquarius man does not like to irritate himself or anyone around
him. Most of the time, people find him closed in his own shell, not open or available to the world because of his closeness. It is very difficult for his lady to come to an agreement of friendly compatibility with each other, as he hardly communicates openly.

He really does not like to reveal his inner self to anyone until after years of trusting that person. When someone really gets to his core, they realise that he has much more of his personality than he reveals.

If you want to know more about this I suggest you read: Whatmost annoying thing about the Aquarius sign?


How to attract an Aquarius man

To attract an Aquarius man is quite easy as they love to meet new people. According to the horoscope, they are the best matches with the Gemini woman, as they both have the same personalities.

Holding their attention for too long can be problematic for anyone as they take the time to study someone and come to a conclusion.

A woman in a relationship with an Aquarius man must make sure she does not get bored. Occasional flings, surprises and fun sexual activities can keep him by her side forever. Give him his space and independence, otherwise he will feel trapped in the relationship with you.

I suggest you read: What gifts to buy for an Aquarius man

In case you have lost him you can read: How to win back an Aquarius man