Personality of the Aquarius zodiac woman

Aquarius women have multifaceted personality traits. Some combine well with other zodiac signs, making a compatible relationship.  Aquarius women are free spirits. I... , 2022-07-22 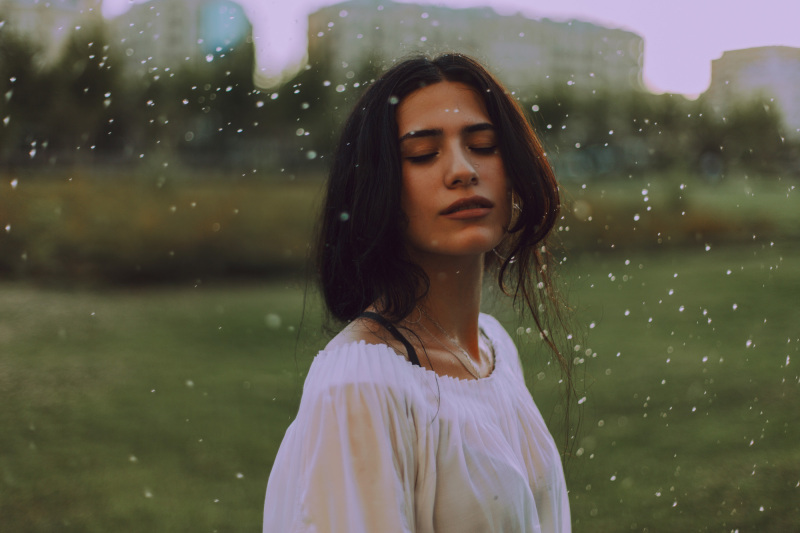 Aquarius women are free spirits. If you think you can tie them down, think again.

They are independent and would rather live life to the beat of their own drum than be part of an orchestra. This trait also relates to the fun they like to have.

Aquarius women hate boring situations and avoid them when they can. As good as a free spirit is, it means that when they find a partner, they are not open to their partner's opinions if they are not the same as ours. However, there is a downside to this personality trait: being independent and free-spirited also makes them feel lonely at times.

They don't feel a deep connection with many people, which makes it difficult to find a compatible partner.


Aquarius: the woman who helps

Although they are independent, they still see value in helping others. They make a donation when needed and are caring people.

The Aquarian does not expect anything in return for their courageous efforts, as they do not need recognition or praise from others. Being able to help others is enough for them.

They are not often frightened. Most of the time, everyone will see a free-spirited and caring Aquarius woman. But if someone pushes them to the limit, Aquarius women become a tornado, destroying everything in their path, a negative side that no one ever wants to see.

However, they are often mistakenly perceived to be this way all the time because of their independence and appreciation for being alone.


An Aquarius woman is unpredictable

And because she looks sexy without even trying, she always expects unpredictability to look good on her, always. In addition to her looks and plans, you should also expect unpredictability when it comes to the flawlessly beautiful Aquarian woman's mood. She will be sad when everyone else expects her to be happy and vice versa.

And because of this, it is always important for you to tread carefully around an Aquarius woman, be sure to examine her current mood before engaging her, as her approach can backfire on her face, especially if she is not in the mood.


Her appearance is that of a rebel

When it comes to an Aquarius woman, don't let her attractive physical appearance fool you at any time. Despite looking all cute and harmless, this sweetie will have no respect and will always rise to the occasion, especially when the need arises. For example, if you say something she disagrees with, she will make her disapproval known without a moment's hesitation.

The rebel in her makes her build and be ready for conflict and she will not shy away from having a different opinion with everyone else. This attribute will also show or be reflected in her attire, beliefs, arguments and general lifestyle.

And even when she agrees with the majority, it will be simply because the majority is right, which is rarely the case. In other words, the Aquarius woman is a rebel, who makes living life on her own terms her modus operandi.

Most Aquarius women are well read, which means they always know what they are talking about. This makes her stand up for things she understands completely and not just because she wants to fit in or look good. With that in mind, you may want to tread very carefully, especially when you feel the need to challenge an Aquarius woman.


An Aquarius woman thinks too much

Overthinking, according to psychologists, is a dangerous and unattractive behaviour; Aquarians are notorious for this. Unfortunately, there is absolutely nothing they can do to stop overthinking, as it is part of their genetic make-up.

Overthinking occurs in part because these women are naturally intelligent, which means they can't stop thinking even if they want to. And apart from having large and ever-functioning brains, the Aquarius woman loves to be very prepared. And that means a lot of thinking and preparation.

Unfortunately, overthinking almost always ends up hurting them as well as their relationships. Their affinity for always wanting to analyse almost anything can be exhausting for both their lovers and their friends. Overthinking also leads the Aquarius woman to be emotionally and physically drained.


Her appearance does not allow her to show emotion

Contrary to popular belief, an Aquarius woman is very emotional. But because she is strong and independent, the Aquarian will do anything to maintain a strong and independent front or appearance. As stated above, she cries, laughs and goes through all kinds of mood swings, as do all other women.

But unlike all other women, an Aquarius woman is an expert when it comes to hiding her emotions. And this explains why it is quite difficult to read an Aquarian. In case she feels overwhelmed by emotion, just as it happens to the best of us, then she will distance herself from the crowd and work on herself.

And when she goes into "emotional hibernation", the Aquarian woman will do so well that no one will notice that anything is wrong. When she is overwhelmed by emotion, it is important to keep her distance unless, of course, she asks for help. Therefore, it is important to note that, despite her current situation, she is a strong and independent woman.

Sarcasm, as all intelligent beings will admit, is a very attractive attribute, especially when a beautiful woman puts it on. In fact, it is one of those characteristics that reveal a woman's intelligent and funny side in the simplest possible way. This explains why an Aquarius woman will automatically be attracted to a person or persons who not only understand but appreciate good sarcasm.

Unfortunately, the public is usually quick to dismiss her wicked sense of humour as bizarre or arrogant. Fortunately, some in society manage to capture the humour and wit in their sarcastic sentiments. If you are lucky enough to belong to the "chosen collective", then you will always find the Aquarian woman a little intriguing regardless of her appearance and/or how society has chosen to perceive her.

In short, the Aquarian woman will never fail to be sarcastic. She will surely use any opportunity she gets to enjoy her sarcasm. And if you don't like it, well, that's up to you, not her. Whether sad, happy or agitated, the Aquarius woman will always find a way to squeeze in a few sarcastic comments to lighten up the moment.

For example, if you guess that she is an Aquarius using her independence or honesty, then feel free to use her general rebellious appearance or open-mindedness. Keep in mind that the fact that Aquarius women behave in a certain way does not mean that women of other zodiac signs do not possess the same qualities.

It simply shows that these qualities are more pronounced with Aquarius than any other zodiac sign and should therefore be taken with a pinch of salt. Also, as mentioned above, there are certain Aquarius women who exhibit more of the above signs than others.

This means that the most accurate way to know whether or not a woman is an Aquarius is to simply ask. Last but not least, always use the above attributes in an attempt to treat the Aquarius woman perfectly. Doing so will not only make them happy but will also make the world a much better place when all is said and done.