Virgo's best partner: Who are you most compatible with?

You can build an amazing life together with Capricorn, Cancer definitely wants the same things as you and Scorpio is the perfect mystery for your life.... , 2022-07-14 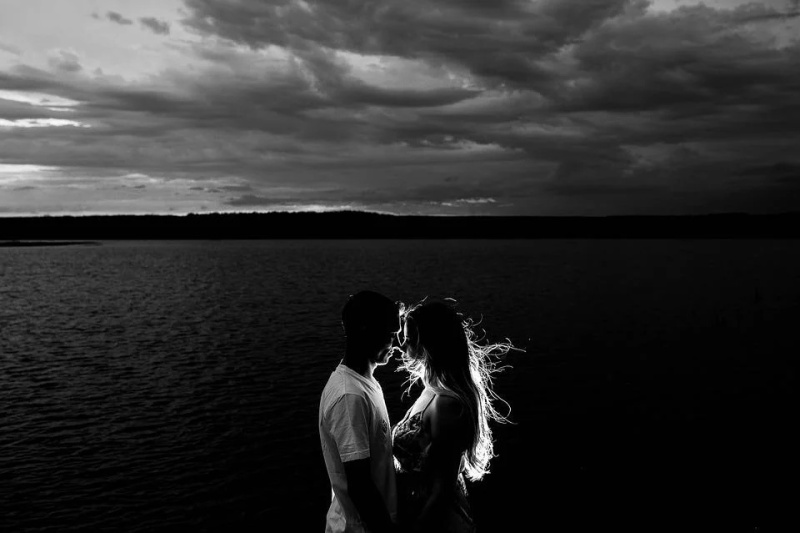 Virgo natives are the most difficult to approach in love, because they have the highest expectations. Nothing but the best can satisfy them, and although at first they may seem to approach with sufficient insistence and effort, as long as the outcome does not live up to their desires, all is futile. Therefore, Virgo's best matches are Capricorn, Cancer and Scorpio.

These two are the perfect combination of Earth types, as they have so many things in common, as well as a similar approach to life, that one wonders if they were not really twins to begin with, and were separated at birth.

Finding themselves would be rich with a wealth of opportunities, experiences and emotional twists and turns, which accumulate and channel into their own being, building the person they most desire to be. And when they finally find each other, a beautiful and surreal relationship will blossom from the ashes of their past endeavours.

Of course, from then on, they have to devote themselves entirely to the well-being and successful management of their time and their overall situation. Without affection, understanding and a common goal to drive things forward, things will eventually become icy and distant.

However, since both Virgos and Capricorns are extremely honest and straightforward people, who would rather get into an exhausting argument than keep something a secret or lie, it is obvious that the bond will become stronger and stronger over time.

And let's not talk about the virtues and principles they have set for themselves to act as a guide in life, because they will never go beyond them or over their heads, come what may. After all, that is what they are there for, to ensure that everything is done as fairly and justly as possible.

The Virgo lover, primarily, takes these things very seriously, when it comes to interacting with other people and resolving issues involving other people.

The Capricorn lover, on the other hand, is more in tune with his inner self, and prefers to pay attention to what his psyche has to say, before fully committing himself to do something. Regardless of what others think, he sticks to his own decisions and convictions.

They are incredibly emotional and loving people who take only one partner in their entire lives and commit themselves fully to that one relationship. It is not that they are unable to regain their sense of identity after a break-up, but it is a very difficult thing to do.

However, with the amount of affection and pure compassion they nurture within them, and coupled with their great understanding and devoted personality, it is virtually impossible for an argument or disastrous conflict to arise. If it does, it will pass quickly, scorched by the fire of their ardent embrace.

For these two, the stability and security of a happy married life awaits, filled with lots and lots of happy and joyful moments spent together, going on picnics, spending time together in front of the fireplace, cuddling, at first.

Once the children come into the picture, that's also when things start to go to an even more advanced level, and they couldn't be happier with this home life they have chosen.

And it all happens in the most natural way possible. They meet, have a fun and interesting conversation, realise the similarities and common goals that unite them, fall in love at that moment and the rest is history.

Problems will arise because both are prone to emotional outbursts if something doesn't work as it should, or if something suspicious appears on the horizon, which destroys their peaceful mood.

The Cancer lover may be an honest and straightforward individual who always speaks his or her mind, but the Virgo tends to internalise more, which does not make the partner more comfortable.

The relationship between a Virgo and a Scorpio is based solely on their deep attraction and seemingly psychic connection. Remember how the Virgo tends to keep her feelings hidden and doesn't like to talk about them?

Well, the king of the desert behaves more or less in the same way, which actually creates a good atmosphere for them to share their joys and grievances without any worries.

Knowing that the other will not judge, but will listen wholeheartedly and even confirm with their own experiences and thoughts is one of the reasons why they are an element in the first place.

One of the most loyal and devoted couples in the entire zodiac, also because of their deep and intricate union, these natives will live off each other's vital energies, and will be constantly reborn with every moment they spend together.

Their embrace is a panacea, a healing remedy if one of them is not feeling well, or has a problem to solve.

Nothing else matters if the two of them are together. Living on a deserted island would not be such a big problem, because they would find a way to survive and return to civilisation at some point.

What is essential is that they are in the same boat, that they are close to each other and that they feel the security, the hope that comes as a result.

Occasional arguments or petty conflicts may arise when the vague difference between the two of you starts to make an appearance. When the Scorpio in love notices that their partner lacks a certain motivation or focus towards achieving a goal, that they can't put in the same amount of effort and attention, things start to get a little difficult.

In turn, Madonna may see her lover as a little too energetic, full of unrealistic expectations and overly passionate when it comes to some things that would not necessarily deserve such a big fuss.

The only way to a peaceful and carefree lifestyle is for them to find the middle way, to learn and accept each other's peculiarities, pros and cons, and to accommodate their mentalities so that balance is the ultimate criterion for success.

Moreover, this does not seem to be such a difficult undertaking, as both Scorpio and Virgo are incredibly intuitive and insightful individuals.

The laws of nature and human behaviour, especially those of their partners, do not escape them at all. On the contrary, they can easily figure out the hows and whys of a given situation and instantly act accordingly.

As Virgos are as critical and strict with others as they are with themselves, it is useful to keep in mind the following main and essential characteristics of the person the Madonna would most like.

Someone who is able to stand the test of time, to look at things constructively and productively, to hope when there is no hope, to communicate at all times.

The guy who can take a verbal sparring match even at the most inopportune and bizarre moments and come out unscathed - that's what they're looking for.

And even if you somehow manage to pass the rigorous first-rate mock exams, the road ahead will be long and hard.