The Aries woman in marriage, what kind of wife is she?

The Aries woman is still competitive and charming, but in time, as an experienced wife, she will know how to get under her husband's skin.... , 2020-05-24 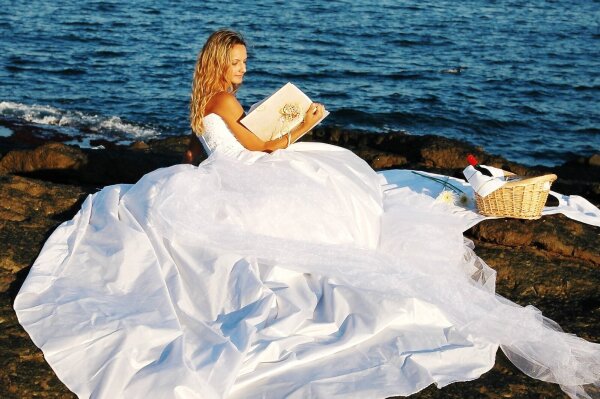 In a relationship, the Aries woman can be a very good ruler because she is famous for her leadership skills. This is because Mars, the planet that rules war and determination, is her ruler.

When faced with a problem, this woman loves to take matters into her own hands and is even more willing to do so if her marriage or family is involved in any way.

The Aries woman as a wife

Although impulsive and hasty, the Aries woman will not marry until she is sure that her future husband is right for her. Therefore, she may not decide to walk down the aisle too early in life.

There are many ladies who can't wait to become wives and are planning their wedding down to the last detail, even as little girls. Wanting to make their dream come true, they may end up disappointed with the union because a beautiful wedding cannot guarantee them a happy life afterwards.

The Aries woman knows all this and gets very nervous when wedding talk comes up. Used to having the power and control of any situation, she would destroy herself to end up divorced.

For this reason, she prefers not to think so much about getting married and wait for it to happen.

She is considered one of the most progressive women of the zodiac because she is ambitious and fascinated by new challenges, which means she needs a husband who is as determined to succeed in life as she is.

Physically healthy, intelligent and independent, this lady loves to have intellectual conversations and spend her time with knowledgeable people.

When she marries, she can be a little too nosy and interfere in her husband's affairs. Mrs. Aries never gets bored or stays in bed doing nothing for too long because she is very active, not to mention that she simply refuses to complain about anything.

Noble and sincere, she could be her husband's best friend. He will love her for this and for the fact that she always looks stunning. In fact, he is likely to be very proud of the way she looks.

The Aries-born woman has a very high opinion of herself and those she loves most, so she does not hesitate to brag in public about her own achievements and those of her loved ones.

She can be jealous and very competitive, two of her most negative traits. If her husband does not pay enough attention to her, she starts to feel jealousy in its crudest forms, because she thinks that no one is better than her and that he should only appreciate her.

This lady is intelligent and logical enough to realise that a wedding cannot reveal how much she and her partner love each other, not to mention that she will never marry the man who cannot make her laugh.

More self-assured than other women, the Aries woman in a relationship is also less likely to fall into the trap of becoming a housewife and nothing more to a dominant man.

Since marriage cannot guarantee her lifelong happiness, she is likely to be hesitant to hear it. However, she may eventually decide to take someone as her husband, but only after analysing how caring, respectful and fair he is in the relationship with her.

Aries women believe in themselves and do not need any validation from others, so they are not anxious to get married. They love to chase men and be the hunter, which means they have a very good chance of finding their soul mate.

When in love, these ladies are willing to do everything in their power to make the man they like theirs. Anything will be put to the test, from strong flirting to keeping their distance.

They want their man to give them his heart and can be a bit childish in matters of love because naivety and innocence are in their nature.

Their wild side and their marriage

In marriage, Aries women like to keep everything simple because they don't try to prove anything to anyone. Also, they may not want to have a big wedding as this could make them feel less intimate and disconnected from their love for their partner.

The Aries
lady will never say "yes" in front of the altar if she does not feel that both her mind and heart agree to be with the man who is asking her to marry him.
She
may be committed to a relationship for years, and the subject of marriage may never come up for her. It is not the newspaper that keeps this lady in love and she is aware of this fact.

She will never feel responsible for the man in her life because he will naturally be by her side, not out of obligation. As she is independent, no one can tell her what to do and how to live her life.

Normally, when given the idea of marriage, she may be very reluctant and sceptical at first. This woman is very intelligent and has a wild side because she never seems to think twice before doing or saying anything.
Each and every day of her life will be lived the way she wants it to be lived and always after she has judged situations or people for herself. She also trusts her instincts and tends to go with the flow rather than plan, which means that she does not need marriage to define who she is.

The wedding ceremony and the idea of being together do not bother her in any way. In fact, she is very happy with them, but doesn't want to rush anything.

This lady can be very happy with a possessive man who has a lot of passion for her. If she has a family, she will sacrifice for them when they ask her to because she has a noble soul and is generous with both her money and her time, which means that many may feel obliged to stand by her side and lend her a hand.

She wants a more aggressive man because she is like that herself and is never shy or soft. If she does not respect and value him, she will not be with this person for long.
However,
the gentleman who accepts her dominant ways may be by her side forever. Impulsive, fiery, enthusiastic and happy in bed, this lady needs to be satisfied in the realm of love or she will become restless.

When she wants to be attractive, she dresses in bright colours and wears sexy lingerie. The Aries woman wants a man who is complete and successful, who can also tame her in a gentle way.

She is a visual person who needs a lot of stimulation, to be kissed and helped with all the housework because she attaches great importance to her home, which she will always keep clean and comfortable.

However, those who live with her should avoid using her things. Being loyal, she expects the same in return from her man, so she would not hesitate to take revenge if she were cheated.
She
does not want to be jealous, which means that she may leave relationships altogether when she feels threatened by a possible break-up or by someone else that her husband likes more than her.
She
may also ask for some explanations when she suspects, but her man will
most likely not tell her the truth because he would not want to let go of such an energetic, passionate and sexy woman.

Sex and the Aires woman

When it comes to sex, she has a high libido and can enjoy any strange
experience. Her partner will love her for the gestures she makes in bed, her moles and the way she gets rough when aroused.

Smart and realistic, the Aries woman in love doesn't need to worry about anything if her husband doesn't want to be by her side anymore.

However, she does not want to fail in any aspect of her life because she is a serious person, which means that she can sometimes go crazy over insignificant things which, in her opinion, prevent her from achieving perfection.

As soon as she commits herself to her partner and feels that he respects her enough, she will want to marry this man and be his for life. This lady is not the type to push men to marry her, so many will admire her for such behaviour.

The drawbacks of her role as a wife

The Aries woman can be very selfish, not to mention impulsive and tactless. She can become self-obsessed and not realise when someone special is trying to enter her world, so she may even do this to her own husband.

The fact that she is passionate also means that she is impulsive. She may spend all her money on useless things or get involved in a relationship where she just takes and gives nothing back.

Also, she may never be willing to commit to her other half, but expects him to do everything he can for her.

It can take a while for things to happen this way, and her selfishness can destroy her marriage or turn it into complete chaos. Loving herself too much can
also be her own undoing.