The Virgo man in bed: what to expect and how to turn him on 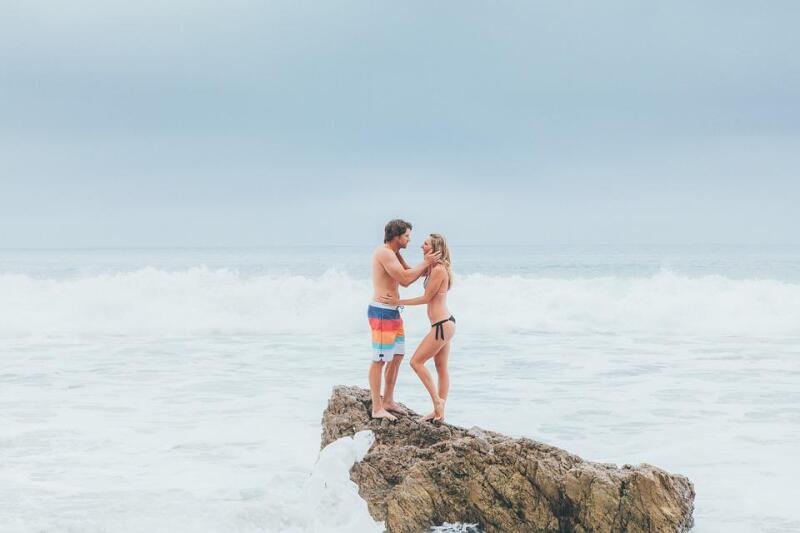 You won't see this man eagerly chasing a girl. When he likes someone, this man barely takes the first step.

He is shy and will wait for something to happen out of the blue, rather than do something out of his own romantic interest. Punctual and neat, the Virgo man likes the same things in a partner.

In addition to this, he also likes tactful, educated and cultured people. He likes to meet friends and knows from the beginning who is going to be his friend, and who is just an acquaintance.

Many will say that the Virgo man is too critical. This is true. No one likes to be told what their faults are, so the Virgo native finds it difficult to make friends or maintain a close relationship. But he can't help it and tries to make everything and everyone perfect.

He does not know how to give compliments and needs a calm environment, as he sometimes gets nervous. He is also a health fanatic, so if you want to have a conversation with him, use this topic.

He sees women as something to be explored and experienced. He will spoil his wife in return for her curiosity. He considers sex as one more thing he has to do in life.

When you are with the Virgo man you won't have to worry that his hands will be in the wrong place or that he will start kissing and hugging you in public. Nor will he expect sex after the first date.

He is a gentleman and will always respect his partner's honour. When it comes time for sex, he is likely to be prepared with clean socks, shaving kit and a toothbrush.

You don't want to show up at work the next day looking uncoiffed. So don't be surprised if he starts talking about your dream night before it happens. He may want to take care of all the details.

Sensitive, the Virgo man will never be vulgar in showing his affection. Moreover, he will never insist if someone does not want it.

In bed, his foreplay is methodical, as if he has rehearsed it. He knows very well what turns a lady on and will use all his knowledge to give her pleasure.

They are more concerned with the sex aspect and not with the passion between the two of them. This can sometimes annoy the partner. However, even if he screws up in bed, the Virgo man will blame the circumstances and not the participants.

But you don't have to worry too much about this issue he has with aesthetics, as he is open to any suggestion. If a woman is a bit more aggressive, she can make him do whatever she wants.

The only thing the Virgo native will not do in bed is sexual fantasies. He will do anything else to satisfy his partner, but he will not fantasise.

If he is not committed to something, the Virgo man will be happy to do it in the position to which he is already accustomed.

She likes to have sex under cover. He will take it from behind and love it. As long as you don't force him to do anything, the Virgo man will be interested in trying new things.

If you are more experienced, you can teach him things like you would teach a teenager. If you bite him gently on the buttocks, he will immediately get an erection.

Not being a very sexual person, the Virgo man can also be cold and indifferent in bed. There are Virgo men who have been married for a long time and have not had sex since the first year of their marriage.

So make sure you always stimulate him. He is prone to become addicted to pornography and, if this happens, his sex life is completely compromised.

Too busy for a relationship

His intellect is admired by many and he is very good at analysing things. Mercury, his ruler, is also the ruler of all that has to do with logic. Anything that helps him to advance and evolve is of interest to the man of this sign.

He does not like to waste money and often asks people what they do with their money.  If there is a risk involved, the Virgo man will definitely not pursue it.

He knows when things become risky and avoids that path. It's not an instinct, it's his way of looking at things, which is practicality.

He doesn't lead his life based on hunches, but on judgements.  And he tends to choose his friends in the same way. Busy being perfect at work and also a good friend, the Virgo man does not have much time for a relationship.

Methodical, conscientious and reliable, this hard-working man finds solutions to any problem. He takes his time to work out a plan and attacks the issue from more than one angle. He is always clean-shaven and well-groomed, as he likes people who take care of themselves.

If you decide not to call him the next day, he won't insist. He just wants to play the game, not be the one who rules it. He is an energetic sexual partner and sometimes gets protective of his lover.

He can be a husband, a lover, a father, a brother and a best friend to a woman. If you want to marry him, he will not give you an answer until both of you have analysed the situation.

He or she will consider how good and effective your partner is, and then decide whether or not you should get married.

He is loyal and reliable, and will spend most of his free time reading or learning a new language. He is not very sociable. His wife will be well supported financially, but will not have absolutely everything she wants.

He understands the real value of money, but he also likes luxury. This man will never betray you. He believes in loyalty and is always looking for something serious and long term.