The ideal partner for the Aries man

The perfect soul mate for the Aries man must put him first, and make sure he is showered with affection and attention.... , 2020-05-24 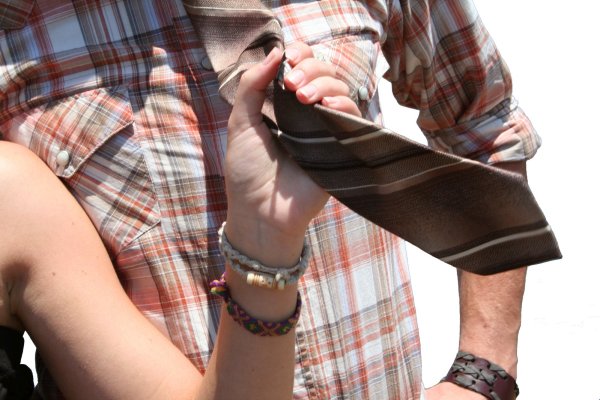 The Aries man loves to win and always makes plans to make it happen. Ruled by Mars, the planet of war, he is ready to fend off any attack. He doesn't mind taking on challenges, whether in his love life, in the professional field or even in an actual war. After all, he is a leader who wants to prove that he can have it all and that he can fight.

What is even more exciting about him is that he competes with himself. He tries to get better and better, which is the main reason why women are crazy about him. As mentioned before, he is ruled by Mars, so eager to go to war and to love.

Aggressive, he is the type to initiate conflicts with other men. Being also the first sign of the western zodiac, he wants to lead. It is important to him to be first in everything.

When a person or his partner does not give him much importance, he prefers to leave and look for someone else to be his friend or lover. It can be said that he wants to be in the centre of attention, also that his ego needs to be validated at all times.

His other half needs to assure him of his love with all kinds of gestures like kisses and warm hugs. He wants someone by his side and doesn't mind being surprised.

Looking at all the signs of the zodiac, it can be said that the Aries man needs affection the most. He feels good when someone takes good care of him and has sincere feelings to offer.

The word sweet will always work with this man because he loves to hear how much he is loved. Ladies who are not very good with words and do not know what to say about their feelings will never be to his liking.

Neither will the ones who are not sincere because he can use dishonesty in a second. As soon as he starts to believe that someone is a hypocrite, he wants to leave and never
come back. Being a leader, he likes to be challenged and takes every opportunity.

He is not one to compromise because he is always ready for the next adventure. That is why it is difficult for him to find his soul mate and settle down with someone. The perfect
woman for him should be as restless and honest.

His requirements are determined by the placement of other signs in his birth chart, but regardless of this, the Aries man is looking for a very intelligent, passionate woman with a bit of mystery. He will always be curious to discover the secrets of a woman he is attracted to.

As a husband or life partner, he is entertaining and doesn't like to stay in one place for a single minute. He wants to live in the moment and does not plan what he is going to do next, which means that life with him can be very exciting.

However, this also means that he needs a patient woman who will adapt to his lifestyle. Although he doesn't mind starting household chores, he really has a problem completing them because he always rushes and wants to do the next thing, not to mention that he can't stand it if someone interferes with his projects and keeps him on hold.

If this happens and he doesn't do things his way, his famous temper can flare up. At least he can't stay angry for long and he doesn't hold grudges. Not the type to have a routine and spend too much time at home, the Aries man likes to have an active social life.

Even if he doesn't spend a lot of time doing housework, he wants to be in control of everything. That's why it's a good idea to let him be and just clean up his mess without protest.

The Aries man also likes to chase the woman he likes because he is a born hunter. If a woman keeps chasing him, he will most likely not pay attention to her. He enjoys chasing her and is a master at it, whether he needs to flirt or win someone's heart for life.
He
has impeccable tactics and dislikes girls who give in immediately. He loses interest when too much attention is paid to him, which means he has to approach in a relaxed manner and be given the impression that he needs to fight.

This is because he is a problem solver who hopes for the best. He is a true romantic who needs his imagination stimulated or he may end up cheating. What is good to know about him is that he believes in true love and likes to make grand romantic gestures.

You can easily
notice that he wants a versatile and romantic woman, someone who is his lover and at the same time his best friend. This is the only way to get his attention. Since he is the type of person who is free and uninvolved, it can be difficult for him to want to marry someone.

She wants to be independent, which means she is not the type to compromise. However, as soon as he has found the woman of his dreams, he can be a real prince who wants to protect his partner at any cost.

Your potential with the other zodiac signs

One of his disadvantages is that he always wants to dominate. If his lady insists on wearing the trousers in the relationship, he takes it as an insult and starts looking for a new partner.

When it comes to being a provider, he is the type who has ups and downs financially. This is because he is rebellious and restless, always spends on impulse and fails to provide a stable lifestyle.

However, this does not mean that he will let his partner starve. He sees himself as a hero, so he manages to save the day, no matter how difficult times are. What he doesn't like at all is a bossy woman who wants to lead.

When he meets someone like that, he gets impatient and refuses to accept that he might be doing things wrong. Therefore, he hates to be nagged and argued with. More than that, he would never accept that someone has failed him, so no one should tell him when he is making a mistake.

He loves to give advice and hates to receive it. As soon as someone starts telling him what he should and shouldn't do, he doesn't want to hear a single word from that person and abandons the relationship with him completely, leaving and never coming back. When he wants to win and be the best, the beast in him comes to the surface and he can no longer be stopped from achieving it.

His ideal spouse is in Leo because leonine women are also temperamental and have enough strength to put up with him. When these two fire signs come together, passion becomes the word of the day. Sagittarius and Libras also make good partners for this man. This is because women in this sign are good at being best friends with their partner.

When it comes to being a friend, he is loyal and is ready to put up with the darker side of a person. He gets very
angry if he is betrayed or lied to, not to mention that he leaves and never comes back, no matter how much the person who has crossed him tries to make it up to him.

The Cancer woman clashes with his stubbornness and needs to be in the limelight. Cancers are sensitive and too soft for a force like the Aries man. The relationship between these two signs does not usually last, however it is a strong friendship because Cancer can show Aries how to be more sensitive and caring. The Aries man appreciates when someone leads by example and does not try to impose.