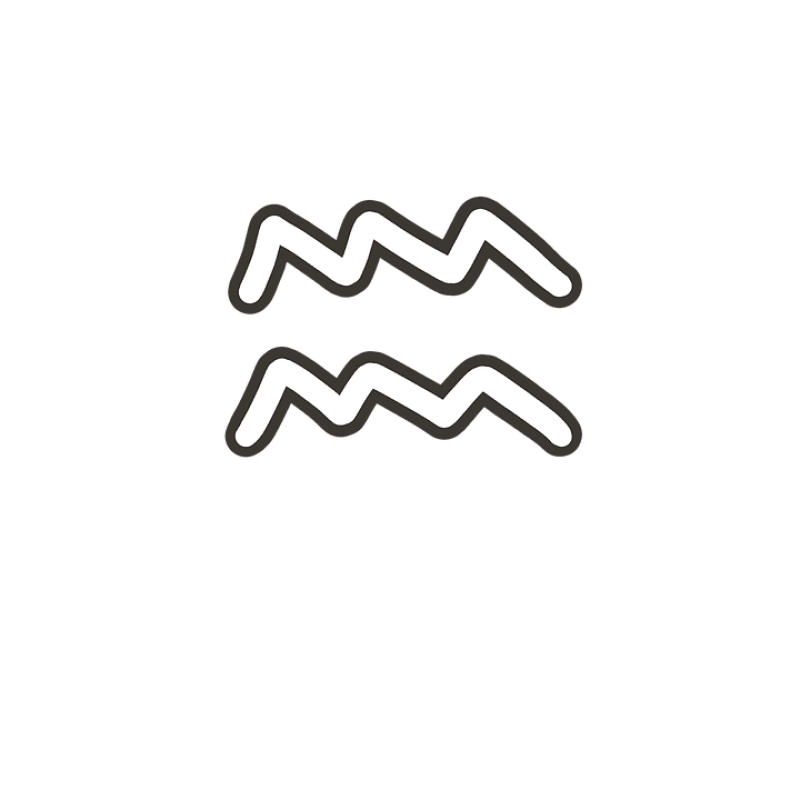 Aquarians have a volatile character, alternating between apathy and zeal. They can be flamboyant and hilarious at times, and hard as nails at others, leaving others with the impression that they are unsympathetic and impossible to get around.

However, due to their conflicting personalities, they have a nebulous sense of self and indecisiveness, which makes them enigmatic. They have excellent powers of observation, cognitive flexibility and an enormous desire to learn; they are unbiased, peaceful and effective thinkers. Aquarians are known for their originality and independence, and have a life philosophy of pursuing a culture of their own.

However, due to the impact of Uranus, they are tenacious and occasionally unexpected, but they value compassion and are very sociable and privacy-oriented. Aquarians, at one extreme, enjoy being alone and have a hidden nature of tenacity, so they are reluctant to change their minds; at the other extreme, they despise arguing with people.

When confronted by everyone, they can claim to be tone-deaf to various comments while acting according to their own beliefs. Because of their inherent charm and tenacity, they are often well liked, and can easily locate like-minded people who are interested in what they have to say. They like to provoke others, usually not maliciously, but to have their harsh opinions tested.

In other words, they are a pedestrian call for transformation and a rethinking of old ways of doing things. Aquarians are far-sighted people who put their thoughts into action.

Uranus, their lord, ruler of sudden changes, is the source of their uncertainty. Aquarians are comfortable most of the time and are not easily provoked, making them effective ambassadors for whatever issue they choose to fight for. However, they have a reputation for making erratic decisions in many aspects of their lives. This can be beneficial, but it can also make them difficult to understand or connect with. This characteristic can also be a problem when they discover that many of their concepts are not viable, feasible or correct.