Here's how you'll lose her once and for all, based on her zodiac sign 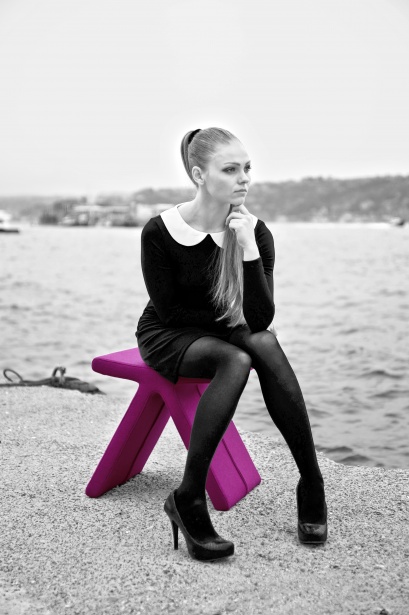 If you try to extinguish its flame, it will go away. If you try to tame her or try to make her settle for anything less than she deserves, she will lose it. Even if she stays in the relationship temporarily, that flame will go out and she won't be the same person. Eventually, she will realise this and leave. Her flame will flare up once again and she will realise that it was you who poured the water on her.

Never try to be false or dishonest, because she will sense it and leave. She requires genuine love. Don't forget how strong a bull is. Not only will she leave you when you get caught in a lie, but she will push you with her horns before she does. Especially when she has already opened up to you and developed a sense of trust. This will be very shocking because she doesn't open up to just anyone.

She will leave if she feels you are trying to take away her independence. She thrives on her own and doesn't necessarily need a partnership to make her great. This not only makes her love for you real, but also makes it important that you let her do her own thing when she wants and needs to do it. If she realises that her life is surrounded by someone who is not herself, she will leave.

It's easy to say that if you're not sensitive to this girl's needs, she'll leave, but it's more than that. Not only does she have emotional needs, but as a sensitive guy, she will also need you to be aware of the indifference of the world around you. She will have passions regarding the ocean or feminism and if you challenge those in a thoughtless way, she will find a way to discuss the issues with someone who actually cares.

She has expectations because she holds herself to those same high standards. If you disappoint in bed, with affection, romance or even in conversation, she will find someone who will not. She knows there will be others out there and she won't give up her standards to be in a relationship with someone who doesn't meet them. You must work for her because she knows she is worth the effort.

Don't try to rush her into anything about the relationship. When it comes to love, she knows that her heart is something to protect and she won't settle for someone trying to rush something that is so precious. She knows how to get to where she wants to be and will take the time to do so. If you think the relationship is going to slow down and try to push her boundaries, she will be lost.

If you raise your voice or make her feel small at any point in the relationship, she will show you how big she really is and walk away. She doesn't need love, but she definitely wants it. She's the type to go out of her way for her partner, but if you hurt her by arguing over petty things instead of working it out in a mature way, there will be nothing left to argue about. She will be long gone.

If you cheat on her, betray her or try to play games, she will see it coming from far away. She may play with you for some time, but in the end, she will win if she gets rid of you completely. That's why it's best not to play with her heart at all. You will always lose.

If you can't handle your own emotions, she won't handle them for you. She has no time for your uncontrollable anger or your constant tears. She needs someone as strong and confident as she is. If you show signs of weakness, she will happily walk away with someone who can take care of herself so you don't have to do it for her.

If you don't take the struggle of a strong relationship as seriously as she does, then it will go away. She knows exactly how difficult a romantic relationship can be, but also how beautiful it is once you get through all those tough times together. If you are not willing to fight by her side, she will take it as an insecurity in the relationship and find someone with better armour and a sharper sword.

If you cannot have a deep and meaningful conversation with her, then she will take her intellectual mind elsewhere. She requires depth and will be happy to break the surface as soon as she meets you. If she finds there is nothing to break, she will not fill your conversations with all her own ideas. She doesn't give those lessons away for free. She needs to be as stimulated as she makes others feel.

No matter how much you like them, if you show an unwillingness to love as much as she does, she will take it as a sign that the relationship is not going to work. She will overwhelm you with depth, gifts, loyalty and compassion. If you can't match her capacity to love, which is great and ever growing, then she will go with someone who can.