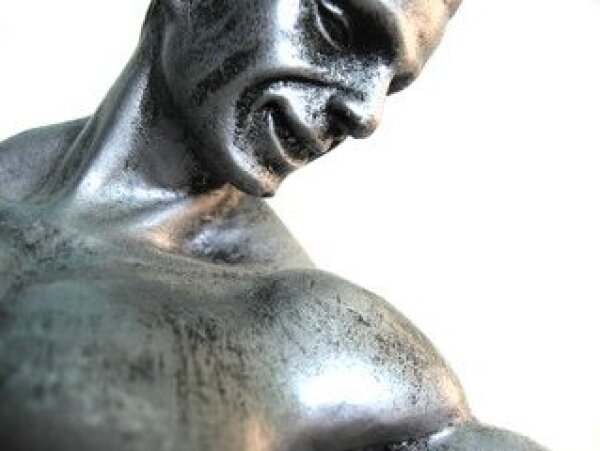 Twelve of the most prolific serial killers have been Geminis. In total, these twelve individuals took the lives of 159 victims and include such notorious murders as Jeffrey Dahmer and Kenneth Bianchi aka The Hillside Strangler. The number of victims exceeds the deaths caused by any other serial killer born under any other sign.
But what is it about being born under the sign of Gemini that seems to lend itself to the sociopathy and love of cruelty that characterises so many serial killers? As we shall see, Geminis have a number of characteristics that lend themselves to serial killer behaviour.

1. They are less punished...
As air signs, Geminis are not generally grounded individuals. They tend to be highly creative and volatile, but they are also not bound to any particular belief system. This can result in a confused morality in matters of right and wrong and sometimes a Gemini will do whatever they want, even if the consequences are dire and the result is bad for others.

2. They are changeable and, duh, mercurialThe
ruler of Gemini is Mercury, the fastest of the planets and the closest to the sun. As such, Geminis move quickly from one thing to another to avoid boredom. One murder would not be enough for a Gemini. They would have to commit another and another in different ways just to keep things interesting.

This hatred of routine can also make it difficult to catch a Gemini serial killer, as the need to "keep it new" may override everything else.

3. They are attention seekers
Geminis want attention and if they can't get recognition for doing something good, then they may resort to doing something bad. For a serial killer, there is a real ego drive in being the one that everyone else is afraid of and obsesses over.

4. Many Geminis have superiority
complexesGemini generally have an unshakable belief in their own intelligence and tend to think they are the smartest in the room. From that point of view, it is easier to see why a Gemini serial killer might believe that he could never be caught and punished for his crimes.

5. They have trouble forming deep
relationshipsGemini are known for having a wide variety of knowledge and contacts, but are equally known for not having a deep wealth of knowledge on most subjects, as well as having many relationships that are only surface level. As such, they may develop less empathy, not only with particular people but with all people.

After all, it is much easier to take a life and engage in some gruesome cruelty if you have no emotional attachment to human beings in general.

6. Geminis have little trouble leading a double life.
Because of their rich inner lives and their tendency to think of themselves first, Geminis are more able to hide things about themselves than most other signs. This isn't just useful if you're a serial killer who doesn't want to get caught, it's essential.

7. Geminis are highly adaptableAlthough
changeable, Geminis are able to adapt to new and changing situations quickly. This could be why Gemini serial killers are able to change their plans on the fly to commit their murders. If the plan needs to change to suit the situation, then Geminis are capable of doing so.

8. Geminis can be
self-centredAstrologers describe Mercury as sexless and thus explain why both Geminis and Virgos often feel things less than those born under other signs. This lack of inner feeling can easily be projected onto others and as Geminis already have trouble forming deep relationships what can occur is a profound case of sociopathy.

9. A tendency to act outIt
must be said that Geminis can be total babies if things don't go their way. If a Gemini feels that they are not getting the recognition they deserve or if their life is not meaningful enough they may take drastic action to correct the situation.

In the case of many serial killers, that correction has taken the form of becoming infamous.